Causes and solutions of seam separation

There are many reasons for the opening of the carton to be too wide after it is formed. The decisive factors are mainly in two aspects: 1. The reasons on the paper include the use of roll paper, the moisture content of the paper, and the fiber direction of the paper. 2. Technical reasons, including surface treatment, stencil making, depth of indentation line and imposition format. If these two problems can be solved well, then the problem of carton forming will be solved accordingly.

1. The paper sound paper is the main factor in the forming of the shadow box

As everyone knows, most of them now use roll paper, and some are imported roll paper. Due to site and transportation issues, it is required to cut the paper in the country. The storage time of the paper after cutting is short. In addition, when some manufacturers have difficulty in capital turnover, they are sold and bought now, so the paper after cutting is large. The part is not completely flat, and there is still a tendency to curl. If you directly buy the cut sheet paper, the situation is much better, at least it has a certain storage process after it is cut. In addition, the moisture content of the paper must be evenly distributed, and at the same time it must be balanced with the surrounding temperature and humidity, otherwise, it will be deformed after a long time. If the cut paper is stacked for too long and is not used in time, the water content of the four sides is greater than or less than the water content of the middle, and the paper will bend. Therefore, in the process of using jammed paper, it is not advisable to stack it for too long to avoid the deformation of the paper. After the carton is formed, the opening is too large and the fiber direction of the paper is also the factor. The deformation of the horizontal grain direction of the paper fiber arrangement is small, and the vertical grain direction deformation is large. Once the opening direction of the paper box is parallel to the fiber direction of the paper, the phenomenon of bulging of the opening is very obvious. As the paper absorbs moisture during the printing process, it undergoes surface treatments such as UV varnish, polishing, laminating, etc., the paper is more or less deformed during the production process, and the tension of the deformed paper surface and bottom surface is inconsistent. Deformation occurs. Since the two sides of the carton have been glued and fixed when the carton is formed, only when it is opened outward, the opening will be too wide after forming.

2. The process operation is also a non-ignorable factor for the opening of the color box molding to be too wide.

1. The surface treatment of pharmaceutical packaging usually adopts UV glazing, laminating, polishing and other processes. Among them, glazing, laminating, and polishing cause the paper to undergo high-temperature dehydration, and the water content is significantly reduced. The fiber is brittle and deformed. In particular, the paper is stretched more obviously when the paper is coated with a water-based machine with a film of more than 300g. The product after the film has the phenomenon of inward bending, which generally needs to be corrected artificially. The temperature of the polished product should not be too high. Generally, it should be controlled below 80°C. After polishing, it should be placed for about 24 hours. After the product is fully cooled, the next process can be produced, otherwise there will be a line burst.

3. In order to ensure a good indentation effect, in addition to selecting a suitable indentation line and a high-quality steel knife, attention must be paid to the adjustment of the machine pressure, the selection of rubber strips and the standard installation. Generally, printing companies use the form of a sticker board to adjust the depth of the indentation line. We know that cardboard generally has a loose texture and insufficient hardness. The effect of this is that the indentation line is not full and durable. If imported bottom mold materials can be used, the indentation line will be more full.

In summary, for the phenomenon that the opening of the carton is too wide after forming, as long as we pay attention to this aspect during the production process, and try to avoid it from the paper and craftsmanship, the problem is also easy to solve. 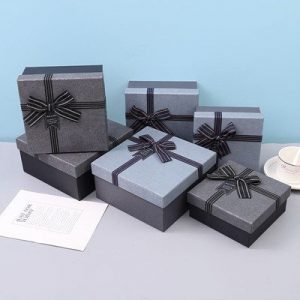 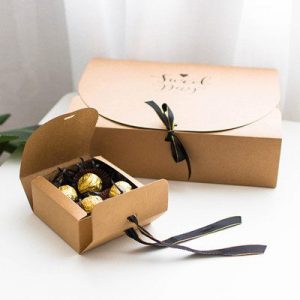