The poor waterproof and moisture resistance of corrugated boxes has always been a defect that has been criticized by the market. Especially in recent years, the cold chain packaging market for chilled meat, fruits and vegetables, medicines has become larger and larger, and the corrugated packaging industry urgently needs to fundamentally solve the problem of carton packaging that is easy to collapse after being damp.

In the papermaking process of boxboard, heavy sizing is performed on the surface of the boxboard to ensure that the water droplets do not penetrate on the surface within 5 minutes. Usually, a large amount of water-resistant additives are added to the starch paste, such as urea-formaldehyde resin, melamine-formaldehyde resin, polyvinyl butyral and so on. However, the cost of the water-resistant agent is relatively high, and it is easy to cause problems such as cracking of the corrugated cardboard during the production of corrugated cardboard.

Coated paper is a composite material coated with plastic particles on the surface of the paper through a casting machine. The main features are oil-proof, water-proof (relatively), and heat-sealing. However, due to the high cost, it is not conducive to widespread use in the packaging industry.

It refers to the process of coating low surface energy substances such as polylactic acid (PLA), polyolefin, polycarbonate, polyamide, polyester, molten paraffin, etc. on the surface of cardboard paper to change the surface roughness and surface morphology of the material. When the hydrophobic corrugated cardboard is exposed to water, it forms a state of water droplets on the lotus leaf, and the water turns into water droplets and slides down without penetrating the interior of the cardboard. The cost is very low, and it is suitable for packaging dry powdery items, especially powders that tend to agglomerate after absorbing water. It is also suitable for packaging commodities that often enter and exit the cold storage, and it is easy to condense on the wall of the box after being taken out of the cold storage. The hydrophobically processed cardboard will not significantly reduce the compressive strength before the dew drops evaporate, which can effectively protect the product.

Also known as waterproof or water-retaining corrugated cardboard, its surface is almost impermeable in contact with water for a long time, but it cannot be immersed in water, otherwise it will lose its waterproof performance. The curtain coating method is commonly used for water-shielding corrugated cardboard. The molten synthetic resin or paraffin wax mixture is coated on the surface of the corrugated cardboard to form a layer of resin film or wax film. If necessary, double-sided coating can also be carried out.

Water-shielding corrugated cardboard is mostly used to package salted products, frozen foods and fruit and vegetable products. Because the corrugated cardboard has a soft paraffin layer on the surface, it is also suitable for packaging high-gloss furniture, pianos, safes and precision machines that are easy to scratch. .

Water-resistant corrugated boxes are used to transport live fish, seafood and a class of commodities with extremely high water content. However, such cartons are difficult to recycle and the EU has restricted their use.

Laminating is a process in which a plastic film such as polypropylene is covered on the surface of the printed product, and the adhesive is heated and pressurized to bond them together. The film coating process is divided into two types: pre-coated film and instant coated film. After the color box is coated, the surface is bright, resistant to friction, and has a certain waterproof effect. The folded box is not easy to crack. However, product recycling is difficult, and countries such as the United States and Europe have restricted their use.

Japan Toyo Steel Co., Ltd. once developed a pure iron foil with a thickness of 0.02mm~0.05mm, which was treated with galvanized, nickel or tin antirust, and extruded and compounded with kraft paper and polyethylene film to form a composite paperboard, which was used to make cartons. It is not only waterproof and moisture-proof, but also shielding electromagnetic waves and anti-static. It is especially suitable for the packaging of aquatic products, fruits and vegetables, electronic instruments, semiconductor devices and electromechanical products. Aluminized PVC film and kraft paper are combined to make a carton, which also has the functions of waterproof and moisture-proof.

In the production process of corrugated board, add an appropriate amount of high molecular polymer (also known as crosslinking agent or bridging agent) to the starch adhesive. The high molecular polymer will replace the hydroxyl group in the starch molecule, so that the corrugated paste line has better The waterproof and moisture-proof effect. When the carton enters a cold storage or humid environment, it can prevent the carton from collapsing due to moisture absorption and emulsification of the corrugated paste line.

As for the frequently promoted products that can improve the bonding effect of cardboard and improve the stability of bonding, it is a bit exaggerated.

10. The vent hole of the carton is moisture-proof

For products such as beer that are packaged with heat, a certain amount of hot steam formed in the box after packing may be absorbed by the carton, and the compressive strength will decrease. In view of these situations, the usual practice is to punch two vents with a diameter of 18mm on the appropriate positions on the side labels of the carton. 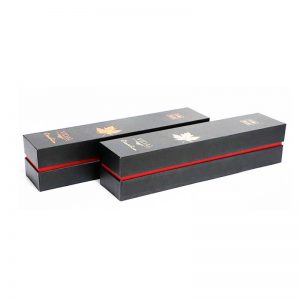 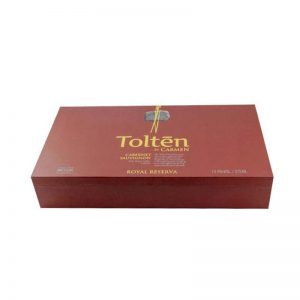